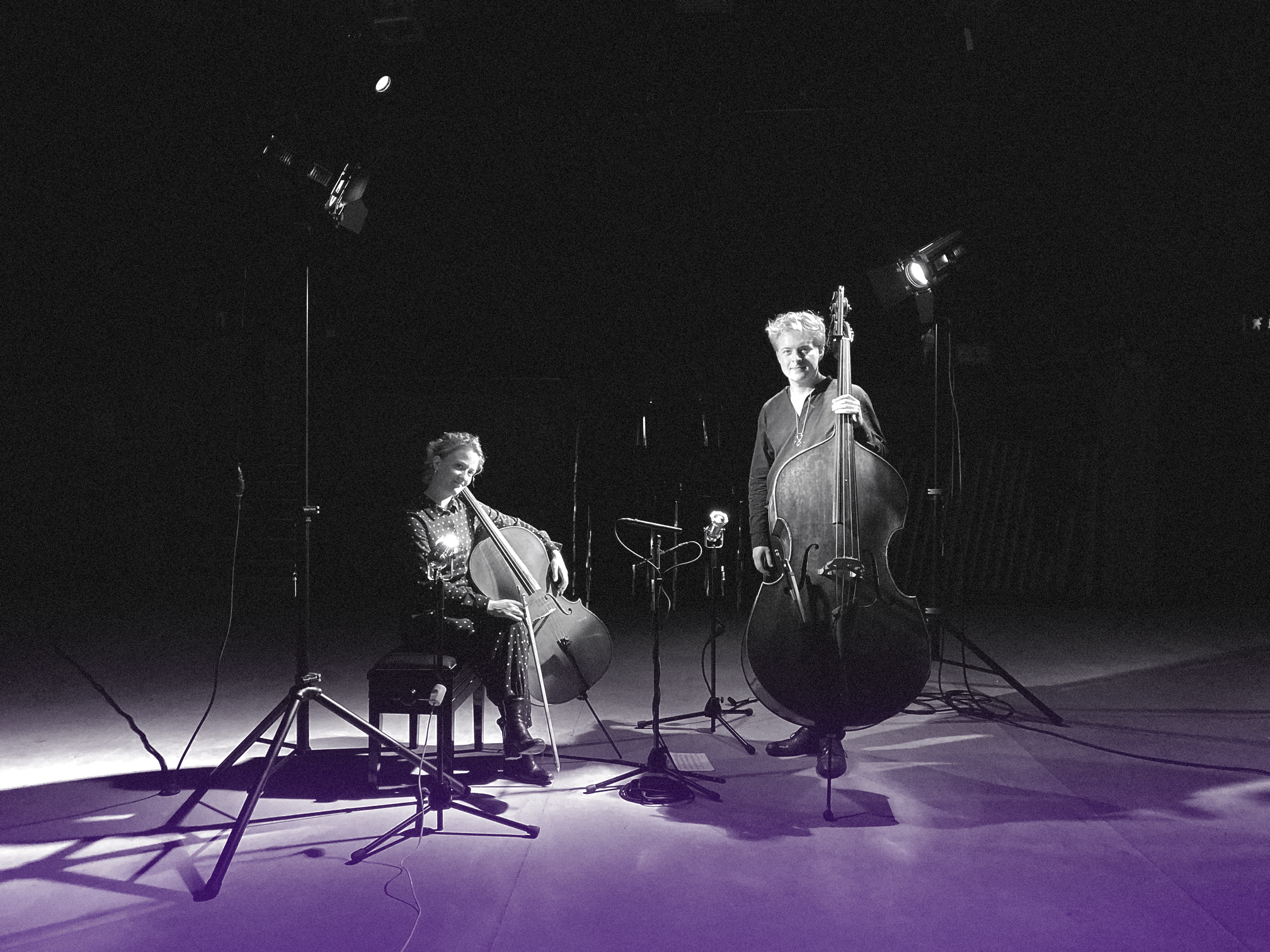 "Incredible to think how much these two virtuosos can draw from these two instruments. What more do you need than cello and bass I ask myself"

"They really have their own sound and style"

"I am speechless. This is gorgeous music. People need to hear and see you play! Nobody in the US plays and writes music like this!"

Depth is often associated with emotion, physicality also sincerity… The same could be said to describe Dybfølt (danish for deepfelt), who have created a unique sound and repertoire playing the two lowest instruments of the string family.

The cello and double bass have a lot in common, and so does Kirstine Elise Pedersen and Mathæus Bech: They have both studied classical music and they both have a profound appreciation for Nordic folk music. It was here they first met, and it has come to play an integral role in their approach to music, which must both resonate with the masterfulness of classical music and groove with the vitality of folk music.

Their repertoire is mostly original with inspiration from both the classical word as well as folk music. A passion for the music of the often overlooked and underrated composer Rued Langgaard has also made its mark on the duo, as they have been working in-depth (pun intended) on realising his music for cello and bass.

There is an album underway – to be released fall 2020
If you are interested in a sneak peak, feel free to contact us :)